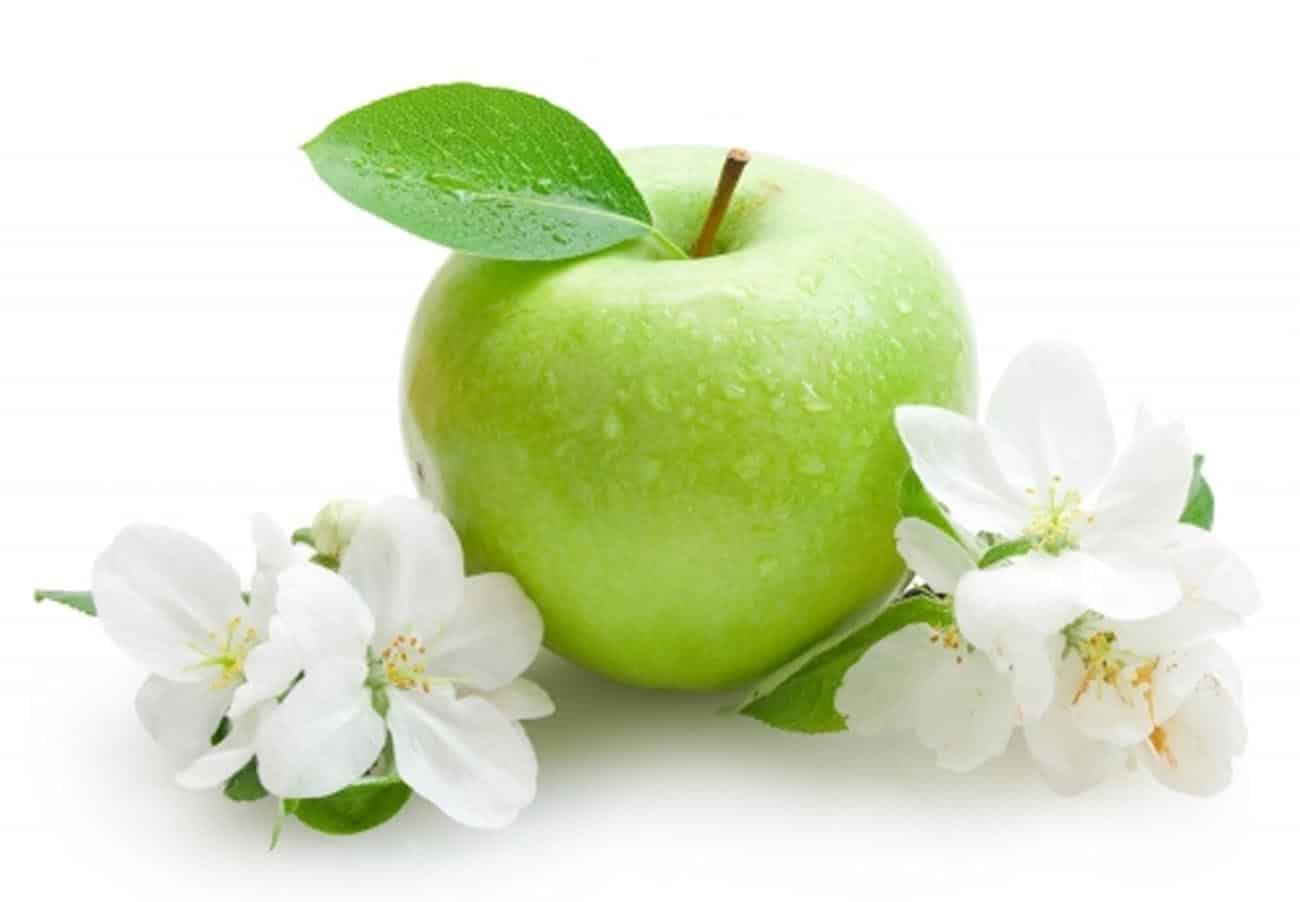 ►The Armenian word for apple “Խնձոր” was borrowed from Hurrian language (“hinzuri”). It is believedthat in Hurrian lunar-solar calendar, the month “hinzuri” was related to time for the collection of apples and gardening.

►In Armenia, besides giving importance to cultivated apples, the inhabitants living close to the forests, were also collecting wild apples. During the wintertime, by keeping the wild apples in straw, people were getting yellow and aromatic apples.

►Wild apples were pickled for the winter in clay pots. Clay pots that had closed lids for the prevention of air penetrationwere placed in the cellar.

►The village “Արտամետ” was home to famous reddish apples with delicate peel and sweet flavor. When shaking the apples, locals were able to hear the movement of the seeds. Moreover, the apples were placed in bridal clothes for ensuring a sweet smell.

►In the city of Van, the big, red, and sweet apple named “Դալասլիկ” was considered the queen of fruits. During the moonlit nights, girls were climbing trees and were putting parsley leaves on small apples. As soon as the apples were big and red, parsley leaves were removed. As a result, the bright red apples were full of beautiful white ornaments. The decorated apple was used as a present in cases of invitations to various ceremonies.

►The Apple is the most beloved and popular fruit among Armenians. It was always considered an immortal fruit with the powerful force of fertility.

►According to Armenians, round fruits carry a meaning of integrity, unity, and perfection. As the most popular fruit, the apple was not an exception.

►Kings, as possessors of divine characteristics, had golden apples as a symbol of space and power.

►Church domes ended with the cross, attached to the top of the apple.

►In the past, games and competitions related to the golden ball and golden apple,were linked to fertility.

►Apple is the symbol of love. Offering an apple to a person was considered as a confession of love.

►Among Armenians, Apple is linked to the goddess of love Astghik. Gregory the Magister once wrote: “The Apple was once granted to Astghik.”

►In ancient times, there was a custom to pour the beebread of the plants, called love potion, into the dimple of an apple and send it to the lover. They were convinced that the love apple would awake his love.

►”Prescriptions” of magic charms were foundin the medieval manuscripts telling how one could take possession of his lover with the help of an apple.

►In the epic of the Daredevils of Sassoun, daughter of the Copper city’s king, has poured a pitcher full of water for Sanasar and put an apple with the following writing on it: “Come and marry me.”

►In the epic of the Daredevils of Sassoun, the one who was able togain the golden apple attached to the pole with a deft swoop during the horse race, could marry the bride.

►From the very first sight Sasuntsi David took possession on Khandut’s heart, receiving an apple of love from her as a present.

►As a symbol of love, Apple is constantly praised in the medieval Armenian poetry and folklore. Armenian poems say: “Love comes with apple” or “Take apples, and come see me.”

►People were often taking apples with them, when visiting friends and relatives in the New Year.

►In the novelette of H. Kochar “Nahapet” (Forefather), founding a new family after the Genocide, Nahapet planted an apple tree for each newly married couple and newborn baby of the village.

►In Hamshen, wild apples were hanged from the necks of people and domestic animals (calf, cows) as beads.

►Very often round shaped crops were called apples. For instance, the tomato was calleda golden apple, potato in its turn, an apple of ground, and finally the haw was called a forest apple. We also have artichokes that are called apples of ground in Armenian. The Romans and Arabs used to call the apricot an Armenian apple. In Armenian, the verb “to apple” means to round out.

► In Bible, apple is the fruit of temptation that Adam and Eva tasted, contrary to the will of the God, and gained knowledge. As a result, they were expelled from paradise.

►In Bible, Apple is mentioned six times, four of which in “Song of Songs”, which is the love chanting of the Holy Book through the bride and groom, symbolizing the Church and the Christ. In the interpretation of the “Song of Songs”,Narekatsi attributes four traits to Apple: law, words of the prophets, healthy, delicious for patients, and fit for kings.

►Today bitten apple is a symbol of computer knowledge.

► People took apples with them visiting the bride or groom.

► During New Year’s visit to the bride’s house, the bride gave the groom a decorated apple as a gift. The groom in his turn gave an apple with a silver penny stuck on it.

►The groom’s tree, which is the fertility symbol of the newly married couple, was decorated with candy and especially with apples. Very often, red apples were placed on the top of the groom’s tree. That apples were shared between the bride and the groom.

►In the ancient times, bamboo cross (called jgha) wrapped with silk threads was put on the apple and posted on the grooms cap, replacing the crown.

►When taking the bride out of her house, an Apple was stuck on a pole in the yard of her house. The one among the friends of the groom, who was able to shoot the apple, was givenhand-knitted socks from the bride.

Vardavar(an Armenian festival, where people drench each other with water).

►According to the Armenian custom, eating apples before Vardavar was forbidden. It was called apple fast.

►On Vardavar, apples are being blessed in church. Afterward, the ban on eating apples abolishes.

►On the night of Vardavar, people were roasting apples in the burning heaps of grass and were eating them.

►Young brides and grooms were presenting decorated apples to each other on Vardavar.

► Theritual of “cheer” was also one of the customs of Vardavar. A cross-shaped stick was attached to the bowl of wheat, grown by engaged girls, and decorated with apples, cucumbers, and roses. After the ritual, it was given to the youth.

►In the Armenian fiction tales, eating the immortal apple symbolizes the pregnancy, and sharing it between the spouses symbolizes the birth of a child.

►In tales hitting a person with an apple meant love and choice.

►Plots connected with golden or immortal Apple are widespread in tales. Apples and balls attached to the towers, columns (symbol of tree of love) symbolized the marrying girl and grooms that were competing for achieving her.

►The Armenian tales end with the following words: “Three apples fell from heaven: one for the teller, one for the listener and one for the eavesdropper.”

Locutions
►As beautiful as the Apple of Artamed(The expression is used for describing a beautiful person).

►Many people will throw stones on the red apple (The possession of something good).

►To send a red apple for someone (to invite someone).

►To roll an apple (To cause a discord, dissension).

►Red apple of the garden (A sarcastic reference to an important person).

►Divided apple (Very similar to each other).

►To eat an apple from the tree of life (To be tempted). 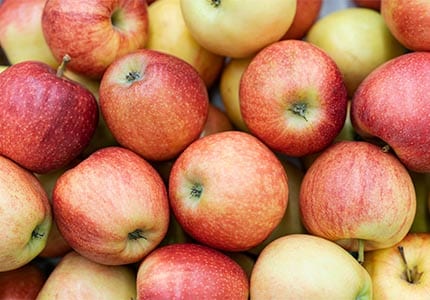 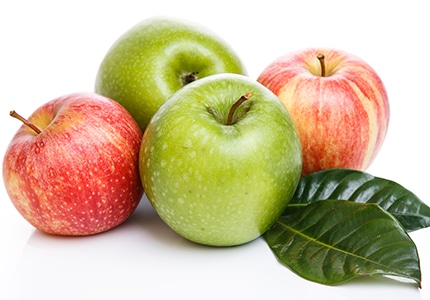 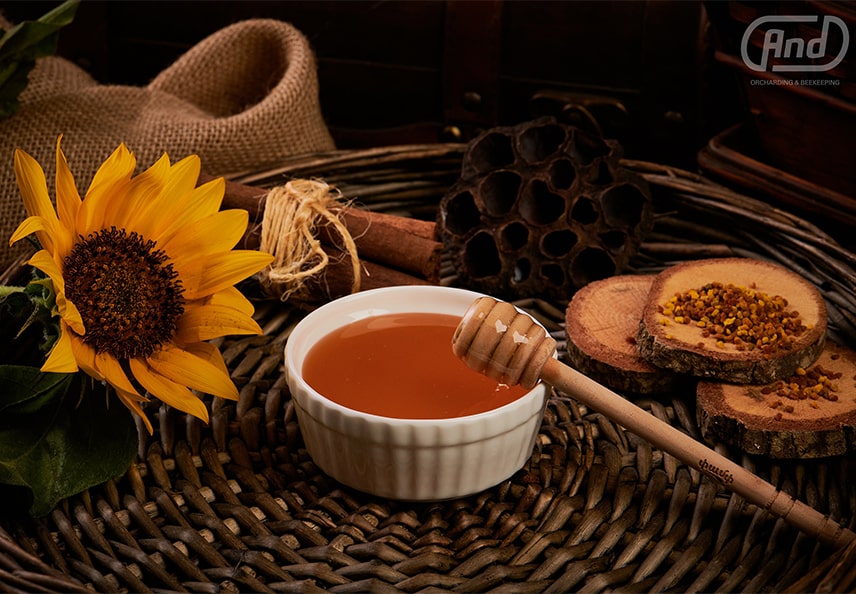 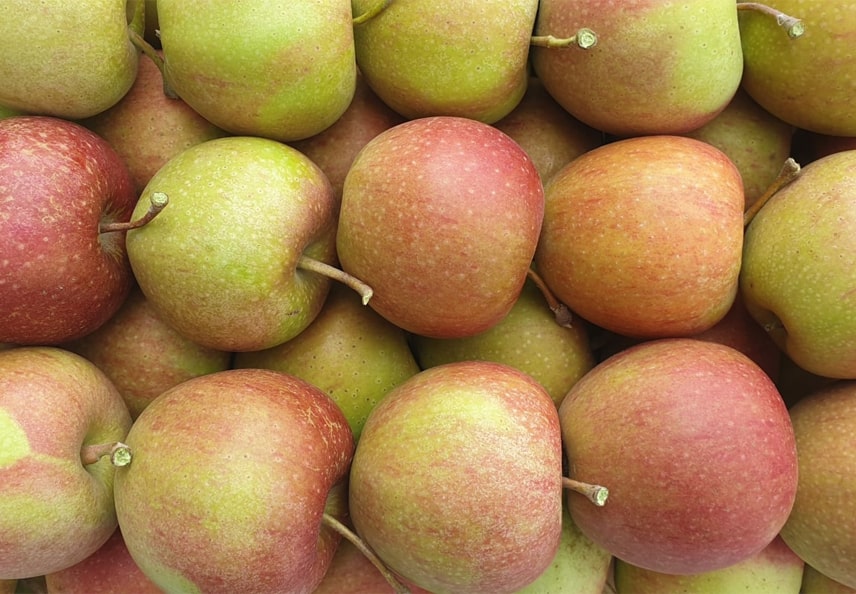